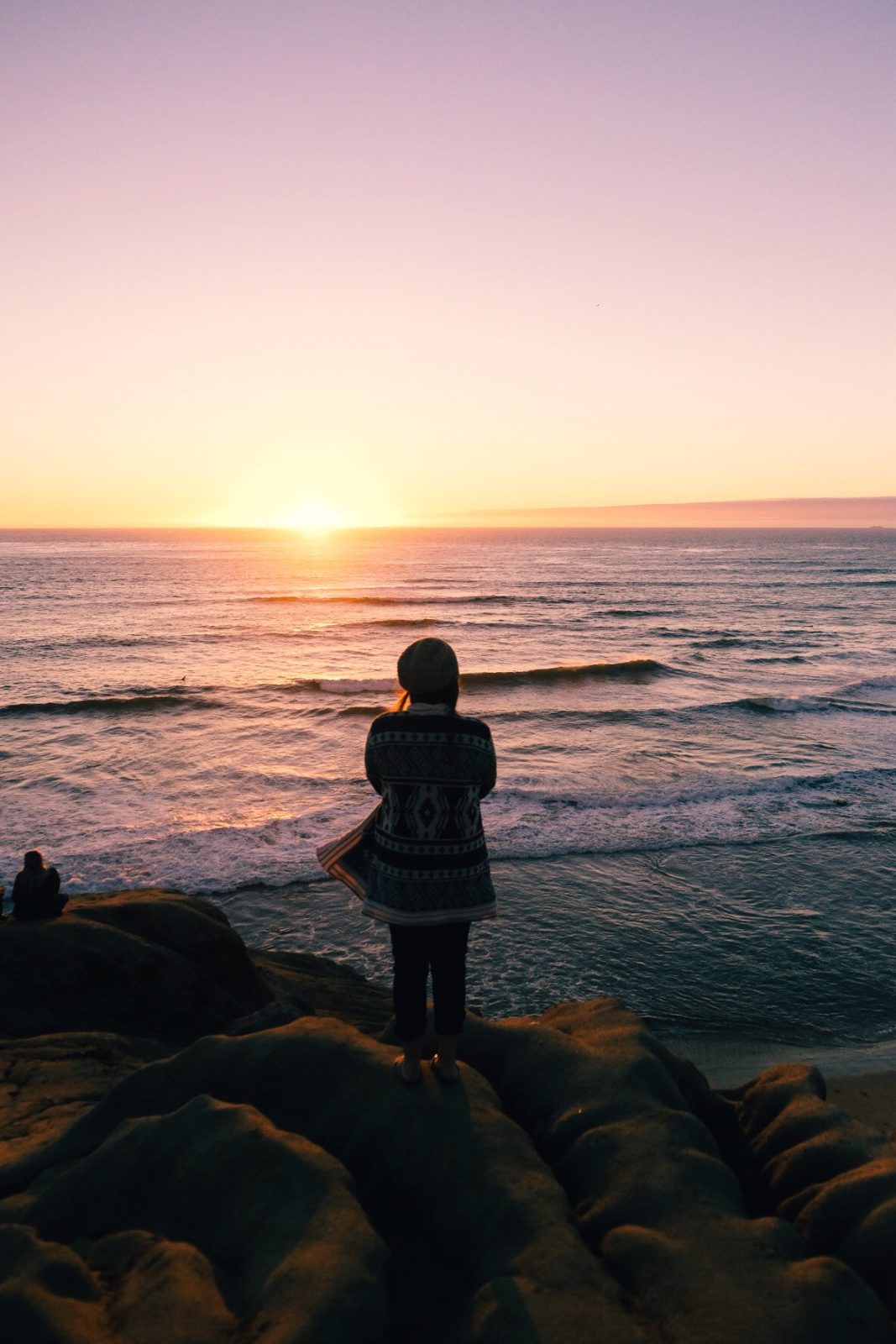 The last Friday of the year, can you even believe it?! What a year it’s been. To be honest it feels bittersweet to see the end of 2017. While it wasn’t a super great year for really most things in life, I felt like it was a big year for me. I traveled more than usual, I went back to Europe, I got a new job, and I completely redecorated my apartment.

At some point I heard that you go through times in life of pruning and times of change and 2017 definitely felt like a year of change. With all the really big, amazing things going on this year, it’s easy to lose sight of everything that happened. Luckily I’m that person who loves to document everything to remember it later. So I thought for my final Friday Five of 2017 I’d share 5 pictures that meant the most to me this year. 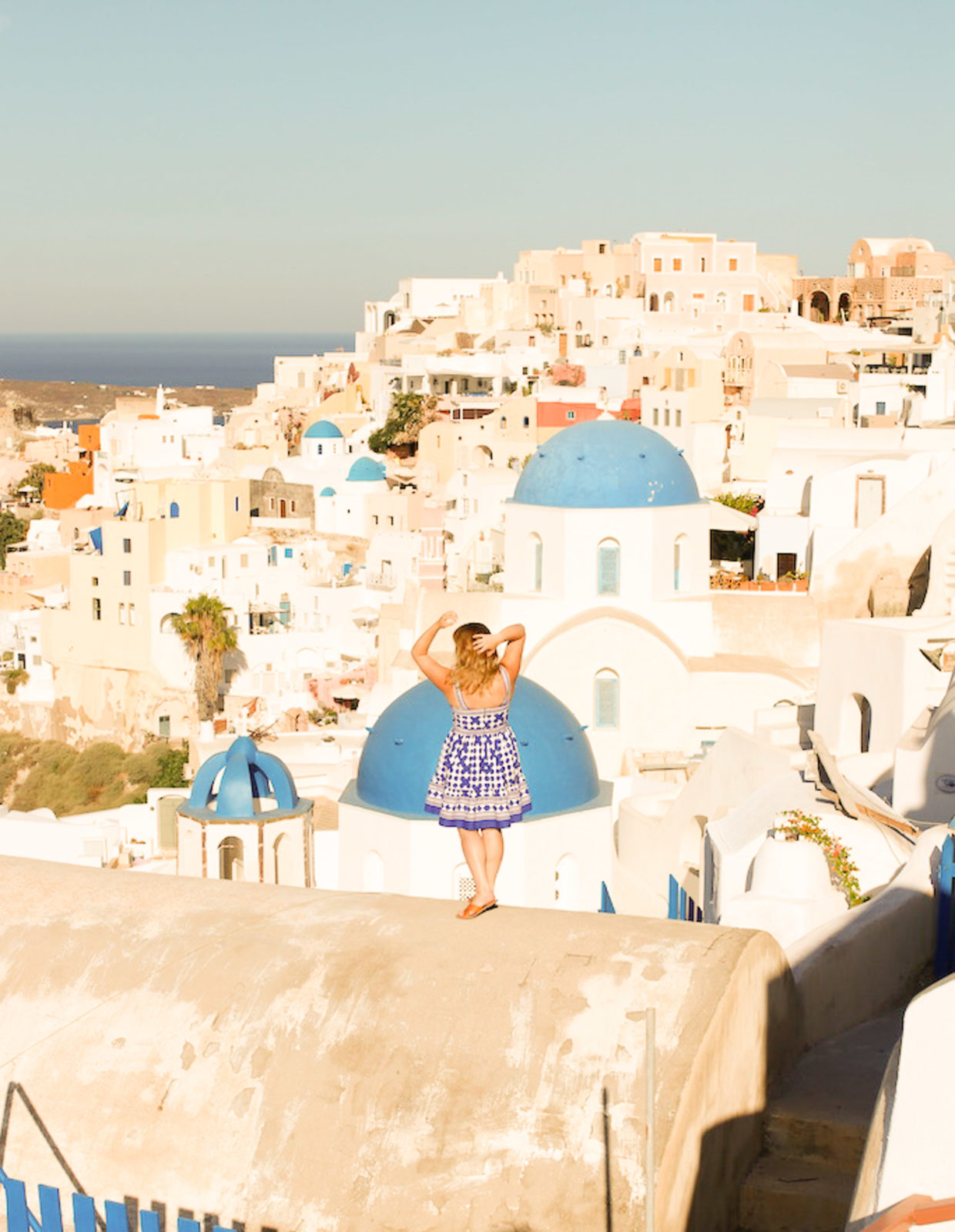 I love so many things about this picture. I loved every single thing about Greece and I can’t wait to go back. I woke up so early this day to meet up with my photographer Nikos so we could get all the best spots before anyone was awake. We were standing on the walkway where he took this shot and he said why don’t you go out on that roof. Before he could finish his sentence I was running down the path and climbing someones HOUSE to stand on the roof. Oh, Greece. I did so many things I never would have done in my life for those 2 weeks. I felt so unlike myself and exactly like myself, if that makes any sense.

What I love most about this shot is that it’s just me. I’ve always been incredibly independent and I can’t imagine any other life. But that means I’ve also always been single. And I was in one of the most romantic places in the world. I absolutely had moments in Greece where I wondered if I’d ever be there with my person, would we find each other in time to get to do these things together? I always thought of Greece as somewhere I’d only go with a boyfriend/partner/husband. But when the chance to go came, there was no way I was passing it up. I would never let being single stop me from seeing everything I want to see in the world. I think that’s why I love this photo so much, it was a moment in my life where I’d never felt more on my own in the best way possible.

In February, I met my best friend Molly in San Diego for a long girls’ weekend. On our last night we drove to Sunset Cliffs to see the sunset. I’ve seen a lot of sunsets all over the world and this was still one of my favorites. I love everything about California and this kind of solidified my need to move to San Diego. It was just one of those sunsets that reminds you that we’re lucky we get to do this thing every single day. 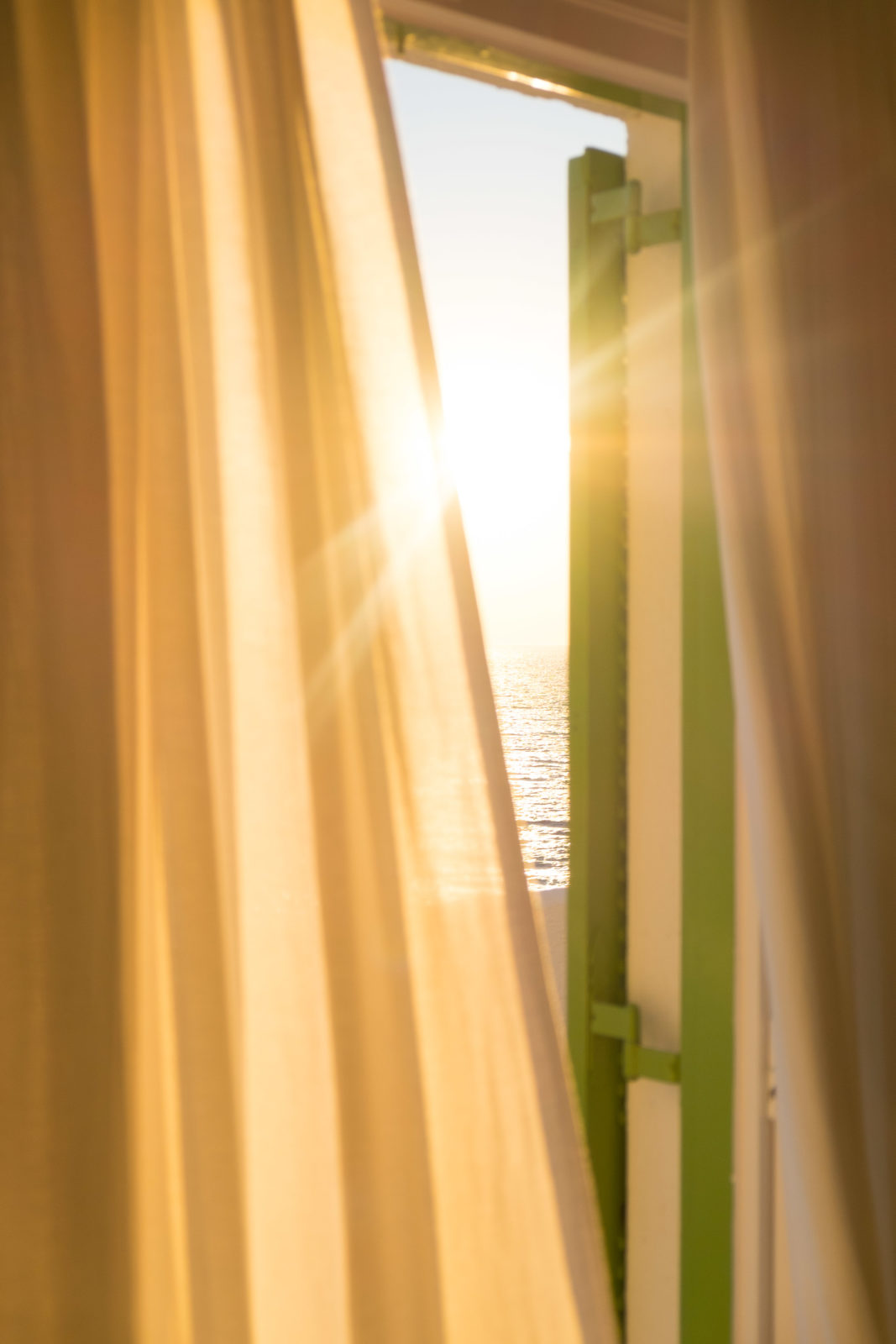 I really don’t have a life-changing story about this picture. I just think it’s one of my favorite photos I’ve ever taken. I took this from my hotel room in Mykonos. It was a long day of driving and ferries and I made it in time for the sunset. I just love this photo because it reminds me exactly how I felt in that moment. The light in the room was just perfect from the sunset and there were tons of doors open with curtains flowing. It was just exactly how I imagined Greece. 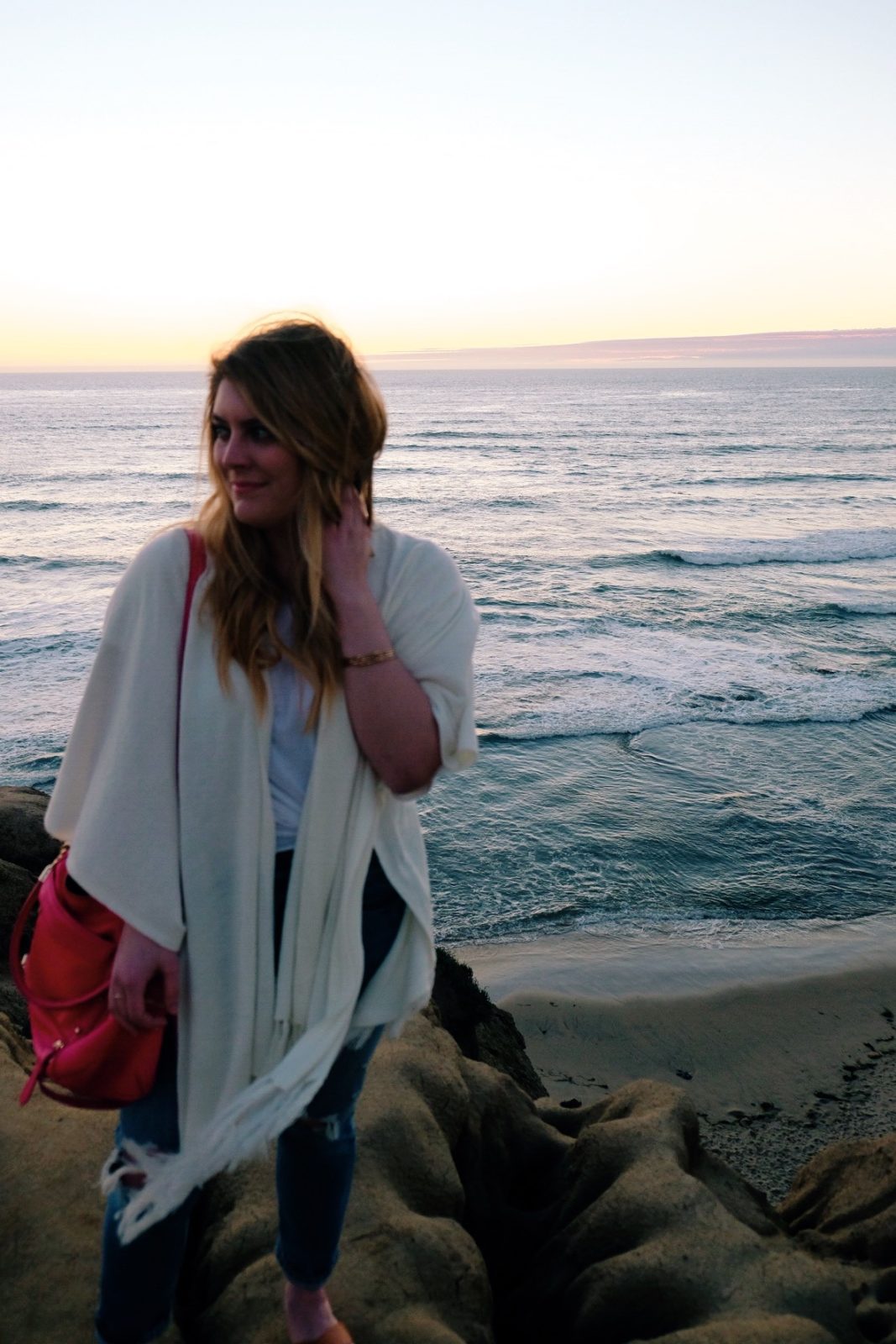 Another shot from our girls’ weekend in San Diego. It was such a fun weekend and totally relaxing and everything I needed with lots of sun, the beach, and lots of drinks. I love this picture Molly took because 1) Molly is always the Instagram wife I need and 2) I look at this picture to remind myself to feel as calm as I look in this picture. You’d likely never know by looking at it, but this was probably one of the most stressful points of the past few years for me. I was so burned out at work and the blog was starting to get more work. I was having a really hard time trying to make it all happen and to also not show how frustrated I was in my full time job. It had also been just a couple of months after a weird experience that I talked about here. So I was just really done with everything. It was a great reminder that when things are overwhelming or stressful, you just need to getaway with your best friend.

Also I am terrified of heights and I amazed myself by not crying the entire time we took this photo. 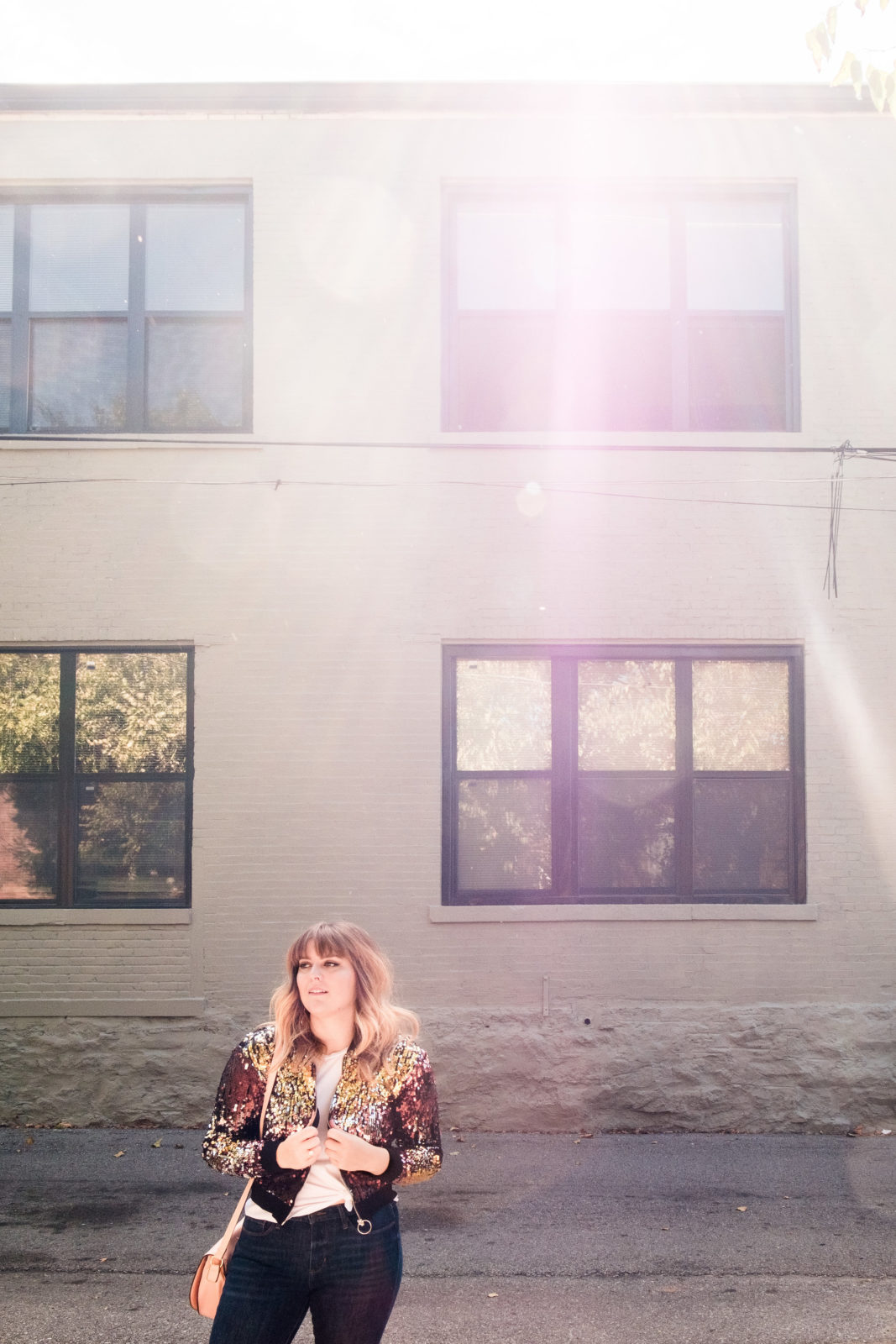 I know you think this is just another outfit post picture. But it’s about more than just my kickass sequin bomber jacket that I obsess over even today. My sweet friend and photographer Rachel met up with me one Saturday morning to shoot a bunch of looks as fast as possible. This was our second look and I was stressed out about how much I had to get done and said let’s just go down this alley and see what happens. And we got one of my favorite pictures ever.

At the time I got this back from Rachel I was kind of feeling terrible about my body. It’s probably shocking, but just because I put pictures of myself all over the Internet doesn’t mean I always think I’m the greatest ever. I had just finished a campaign with two major brands and they had posted pictures on their social media to over 4 million people. Turns out those millions of people have some opinions on what bodies should look like. It was the first time I’d really dealt with people online being really horrible. There were plenty of comments saying thank you for finally showing a real body or thanks for including plus-size girls. I won’t go into details, but I got plenty of direct messages from people who wanted to let me know how gross I was. I’ve always considered myself a mentally tough person and it takes a lot to really shake me. But this was just beyond what anyone should go through. I want to say I was a stronger person, but I think I came home and cried every night for a week. We’re all hard enough on ourselves, we definitely don’t need anyone else to chime in.

And then Rachel sent me this picture and it was like wait, is that me? Am I really cool enough to take a photo like that? I’m just a normal girl. And I remembered thats why I do this. So many of those comments weren’t about me, they were about people being relieved to see someone who looked like them or who was relatable to them. I hate the idea that it upset me so much to be called plus-size because I think that’s a crap phrase to begin with. But also if we’re calling size 6 women plus-size, we need to get our shit together. And I absolutely loathe when people say ‘real body’. We all have real bodies; thin, average, athletic, full-figured. I don’t have a super model’s body, but guess what, their bodies are just as real. I feel so proud of my body and I think we all should be grateful for whatever body we have that gets up in the morning and gets us from one day to the next.

With 2017 coming to an end in just a few short days, I’m so ready for 2018 and a new start. I love the chance to start fresh in the new year and for all the possibilities to come. More on that in the new year… 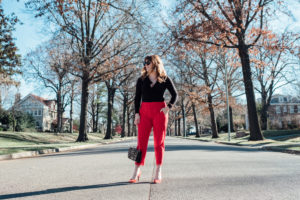 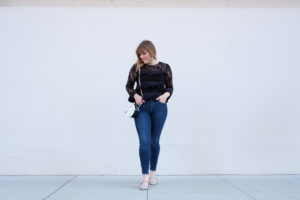 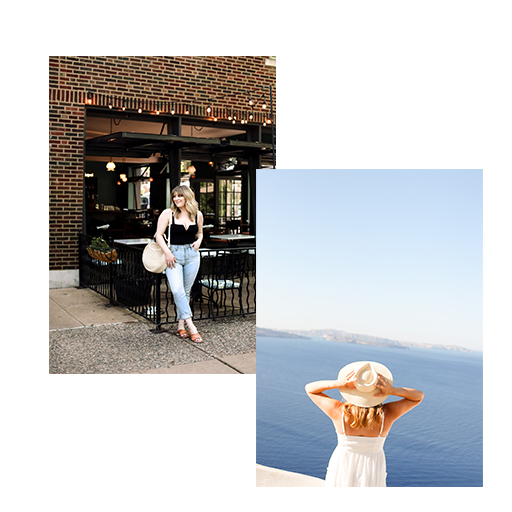 "Dressing well is a form of good manners." Tom Ford