A Study in Home – Bedroom Update 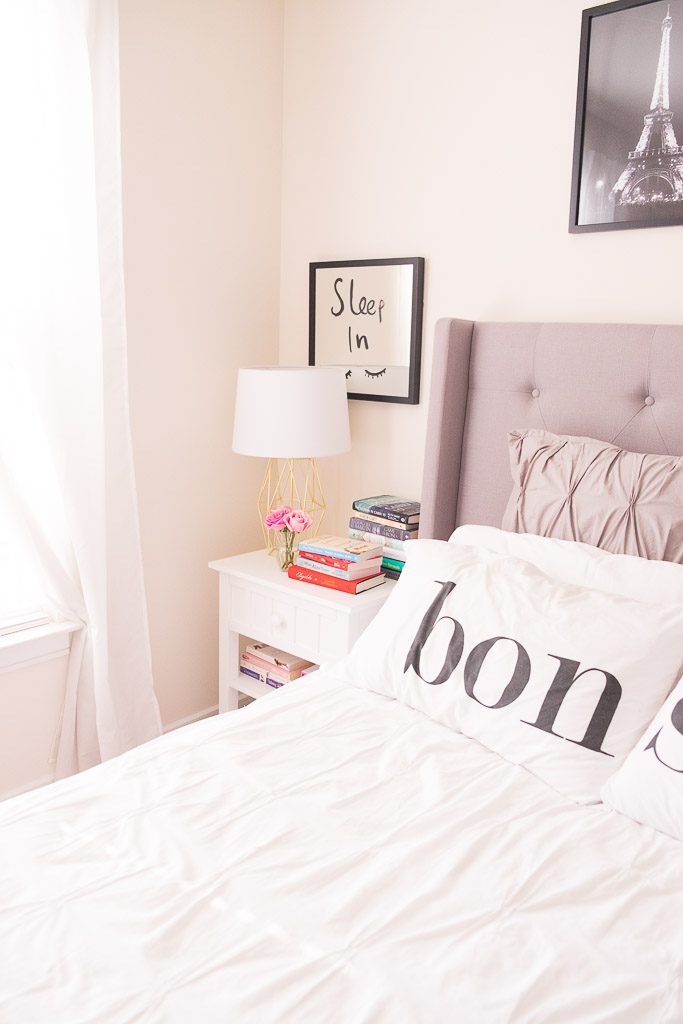 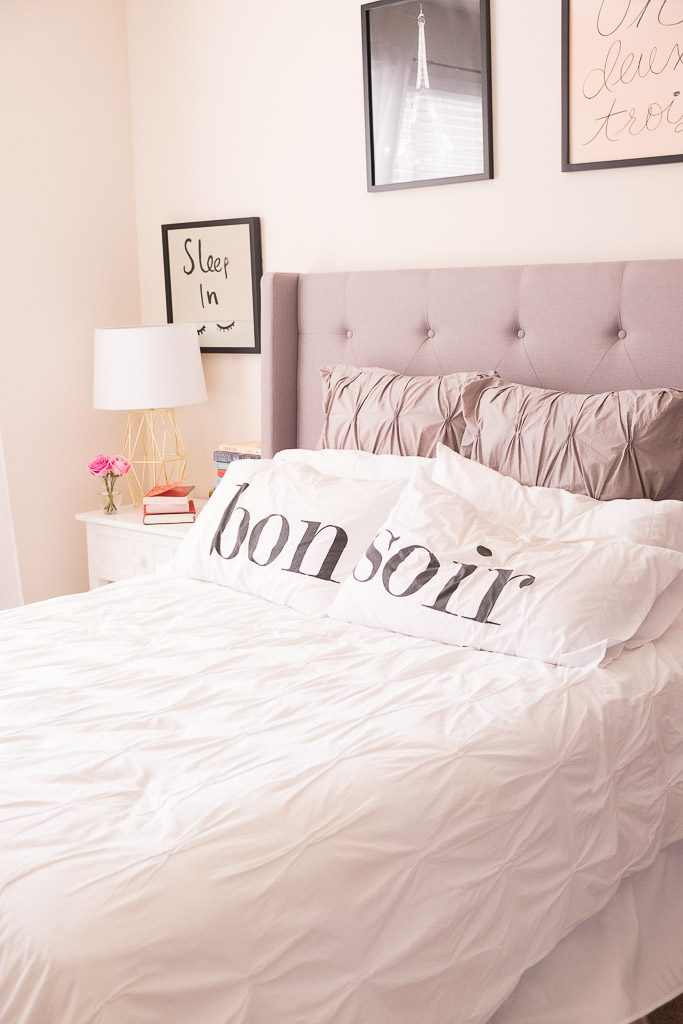 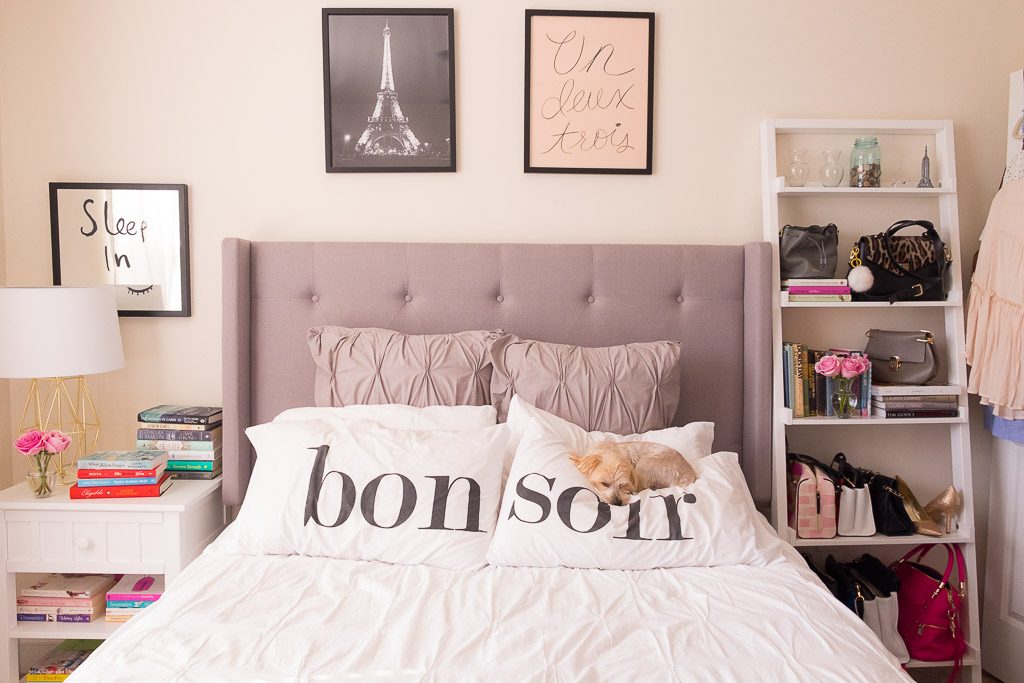 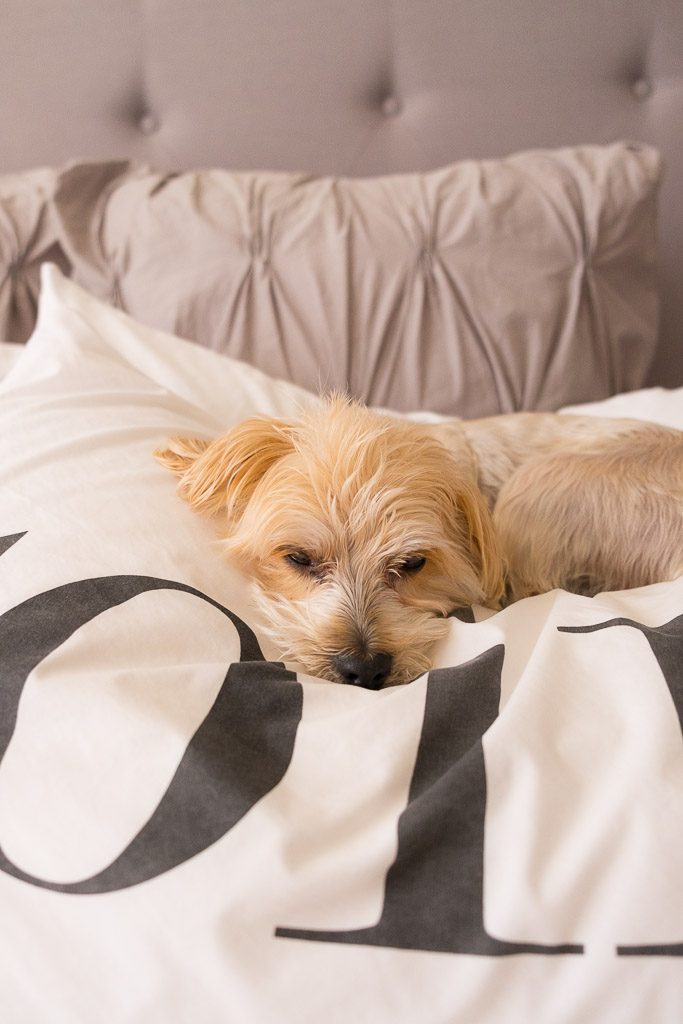 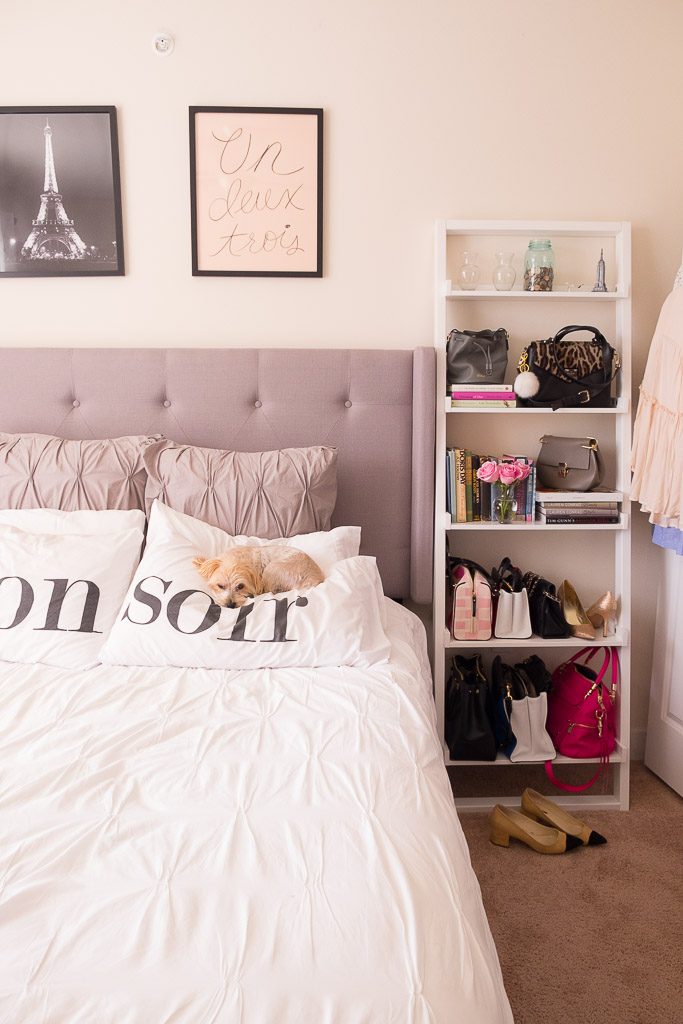 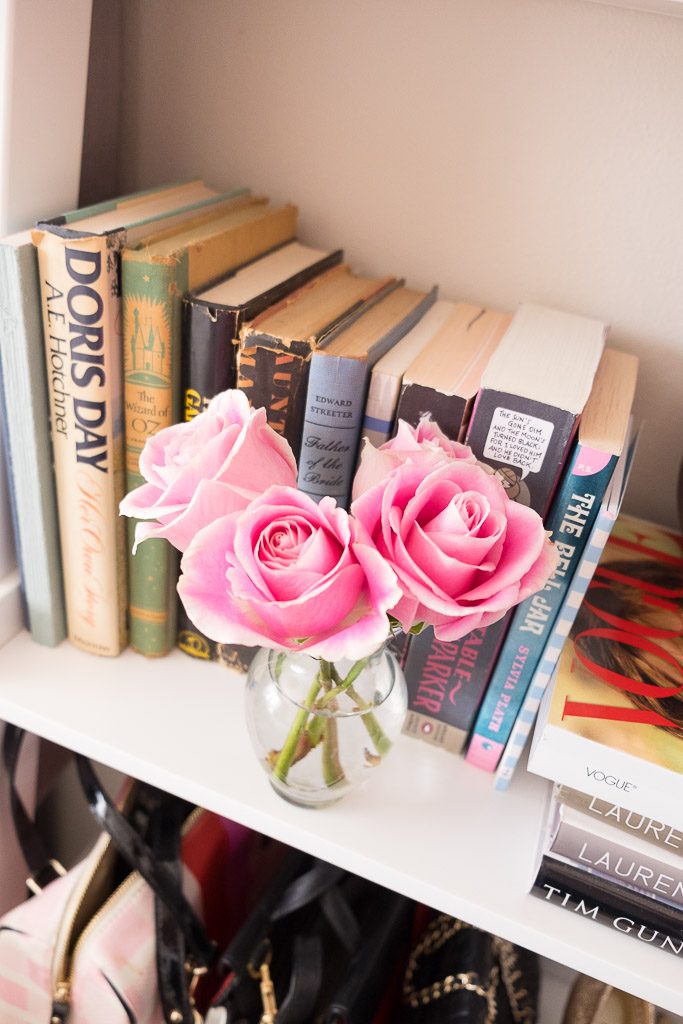 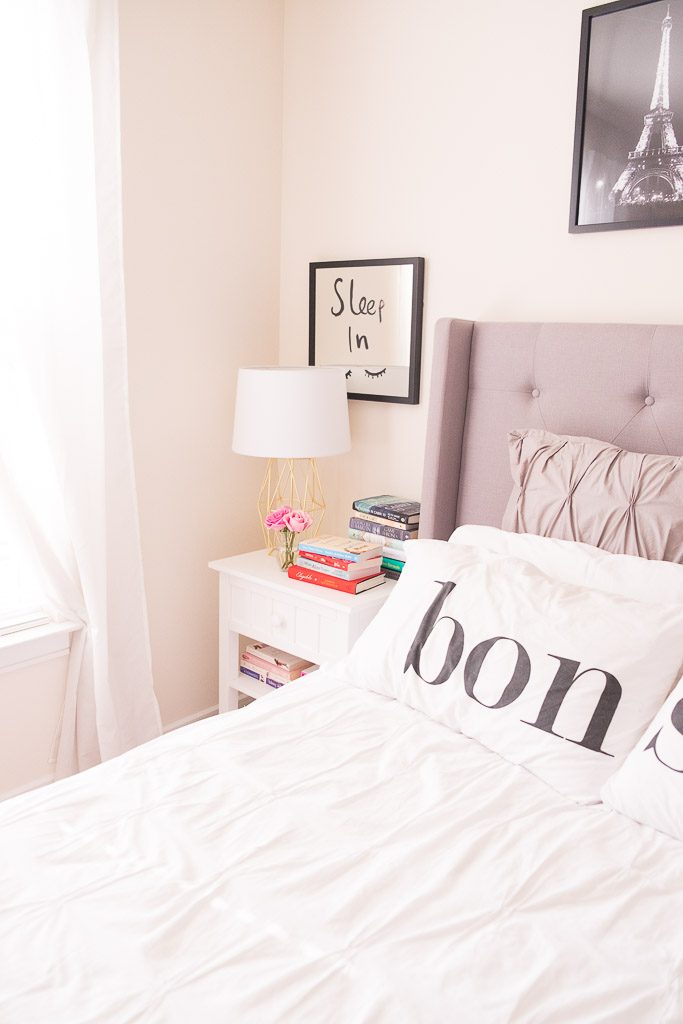 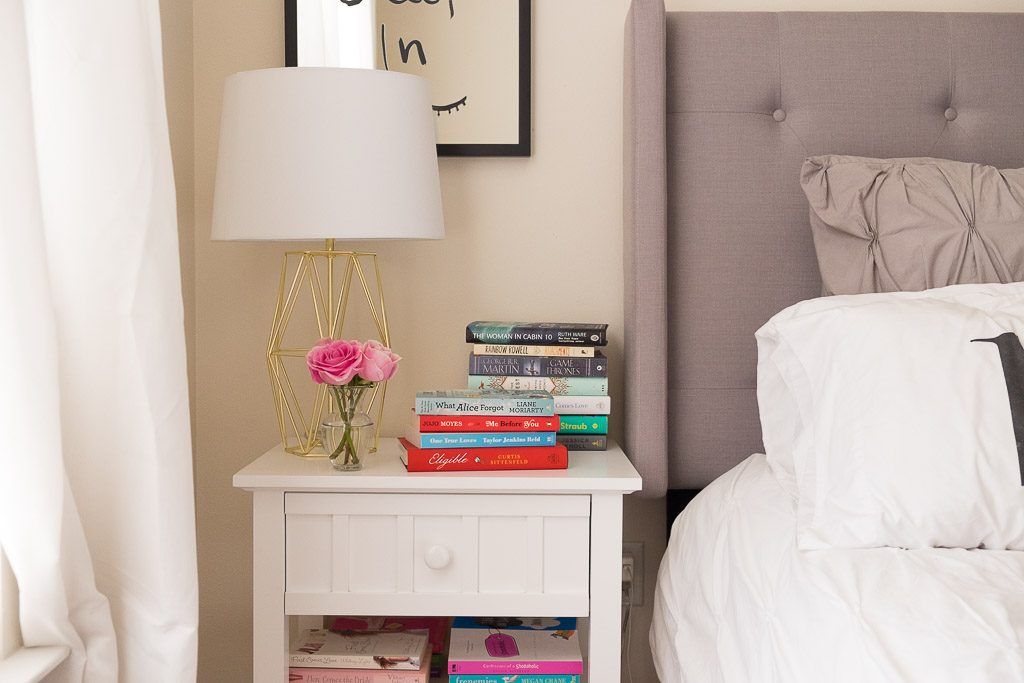 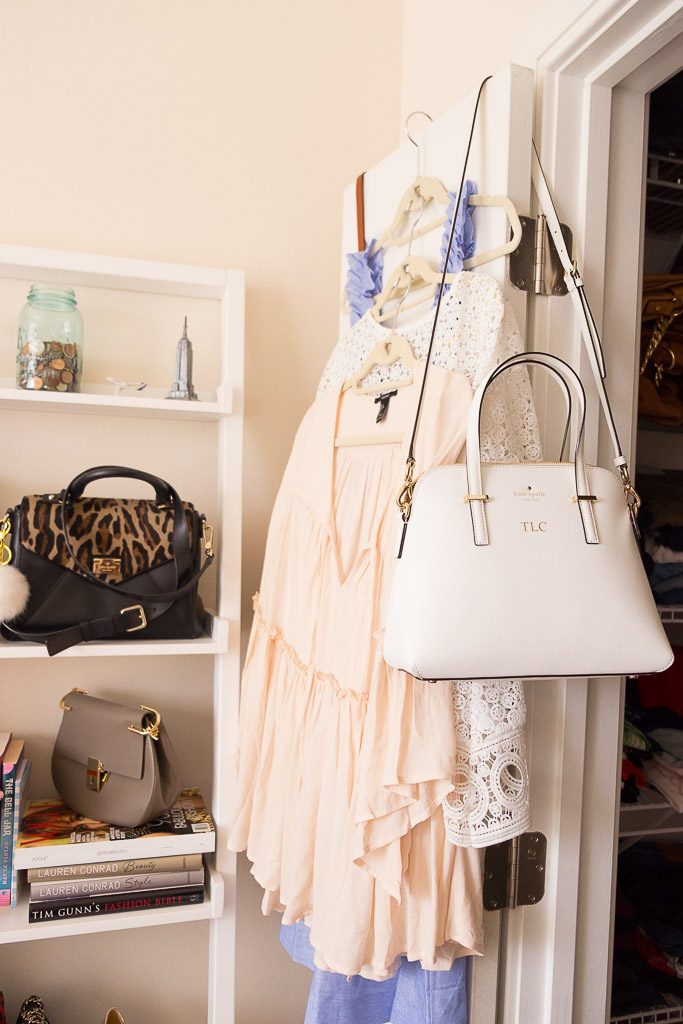 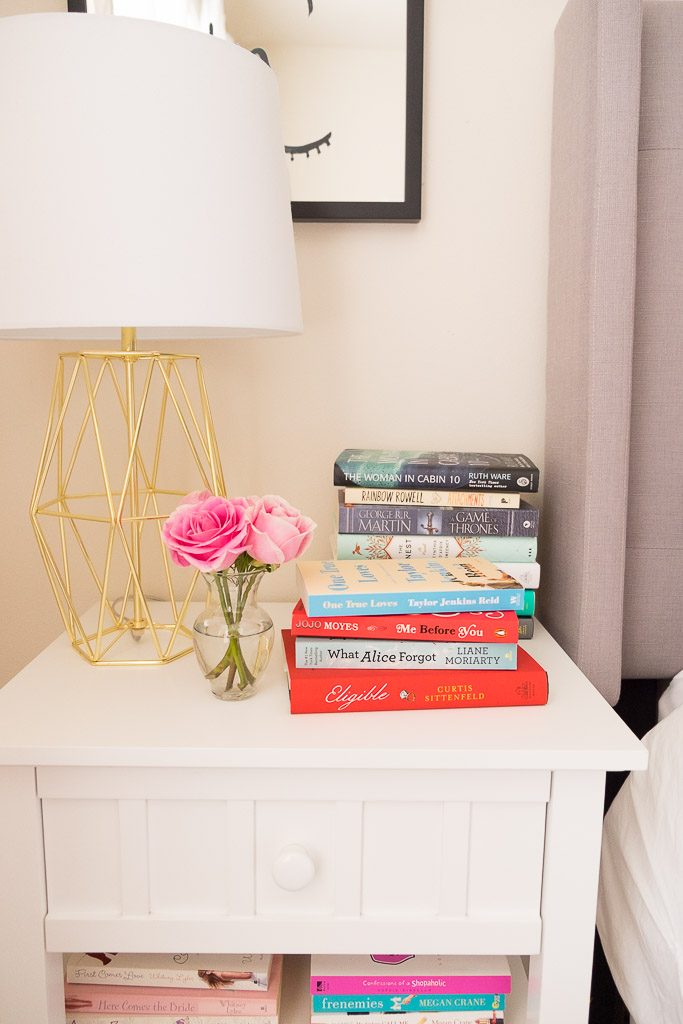 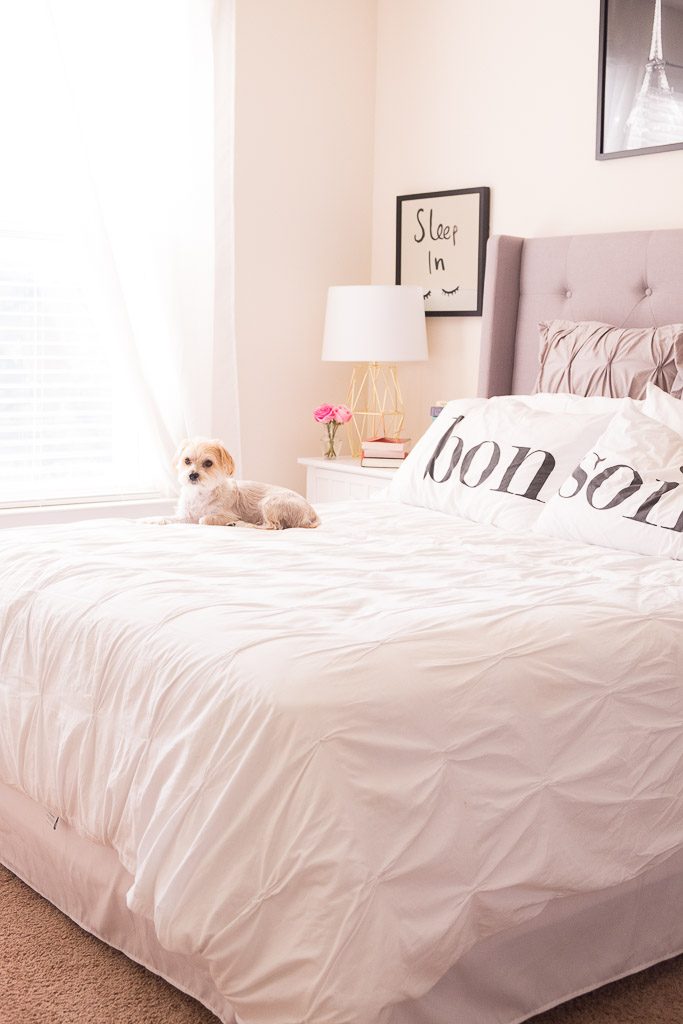 I’ve been in the process of redecorating my apartment for almost 4 months now. It’s been pretty slow because I’ve had a hard time deciding on a design. One day I want all neutrals, the next I want French decor, it has just been a really long process. I made the decision to redecorate my apartment after deciding not to move this year. I love my current apartment because it’s full of natural light and I adore my quiet neighborhood. I toyed with the idea of moving neighborhoods when my lease was up in May, but chose to stay in Clayton. So when I renewed my lease for a third year – the longest I’ve ever lived in the same place! – I decided to do some redecorating.

One of the things that I’ve always wanted to change, but was too lazy was my headboard. I’ve had the same headboard for about 8 years and liked it probably the first 2. For some reason I just never wanted to tackle the idea of buying a new one, especially having moved several times. So the first thing I wanted to do in my redecorating was a new headboard. I looked everywhere and I mean literally everywhere. I decided to only replace my headboard as opposed to a whole new bed because I’m living in a small apartment and just don’t want to commit to a whole new bed until I’m somewhere a little more permanent. I was complaining to a friend a couple of weeks ago about how much trouble I was having finding a new headboard that wasn’t $5,000 and she actually suggested Wayfair. I’d never really been on Wayfair before mainly because I haven’t made any real furniture purchases in the past few years. I finally hit the jackpot for the place to go for a new headboard under $200. I had in my mind that I really wanted an upholstered headboard, but finding a good one that wasn’t expensive or part of a whole bed was really difficult. Turns out, Wayfair has tons of those.

I ended up going with this light grey headboard. It was exactly on point for color and price and shipping was free. It showed up a just a few days later. The thing about living alone and being single is that when you get giant packages, they aren’t so easy to deal with yourself. I headed down to the building’s office to see what the situation was and if I could just drag it back to my apartment myself. Turns out a queen size headboard is pretty big. Since I couldn’t maneuver that baby into my Mini, I did what any twenty-something girl does; I got a glass of wine and complained to my best friend and begged her to help me. Luckily she has an SUV and with our combined moderate upper body strength managed. This did convince me that the app all of us singles are really missing is Tinder, but just for moving boxes or furniture. Like I don’t want to go on a date, but I have a two person job and I’d like some help. And if you happen to show up and be Chris Hemsworth then fine we can also go on a date.

I’m really loving having an upholstered headboard for a lot of reasons other than just how it looks. I read in bed every night before going to sleep and this new headboard is way comfier for that than my old headboard which was metal and slatted. It also makes my room a whole lot cozier since there’s less open wall space. The size fits perfectly between my bookshelf and my nightstand. Chuck is also a huge fan. I’ve come in to find him curled up on the pillows against the headboard several times over the past week. It must be nice to live that tiny dog life.

My next project is going to be to find new bedding as well as updating my living room. I love my giant couch so it’s staying, but I’m still on the search for new throw pillows, an accent chair, and a new coffee table to start. So I’m sure I’ll have that figured out in another four months…

I tried to link as much of my bedroom details as I could! If there’s something you see that’s not linked and you want to know about it leave a comment or e-mail me! tracy@tracycoble.com 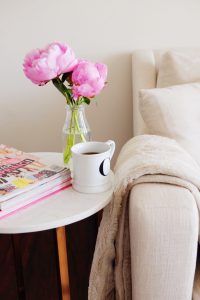 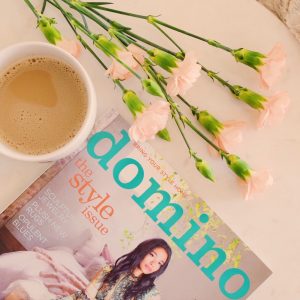