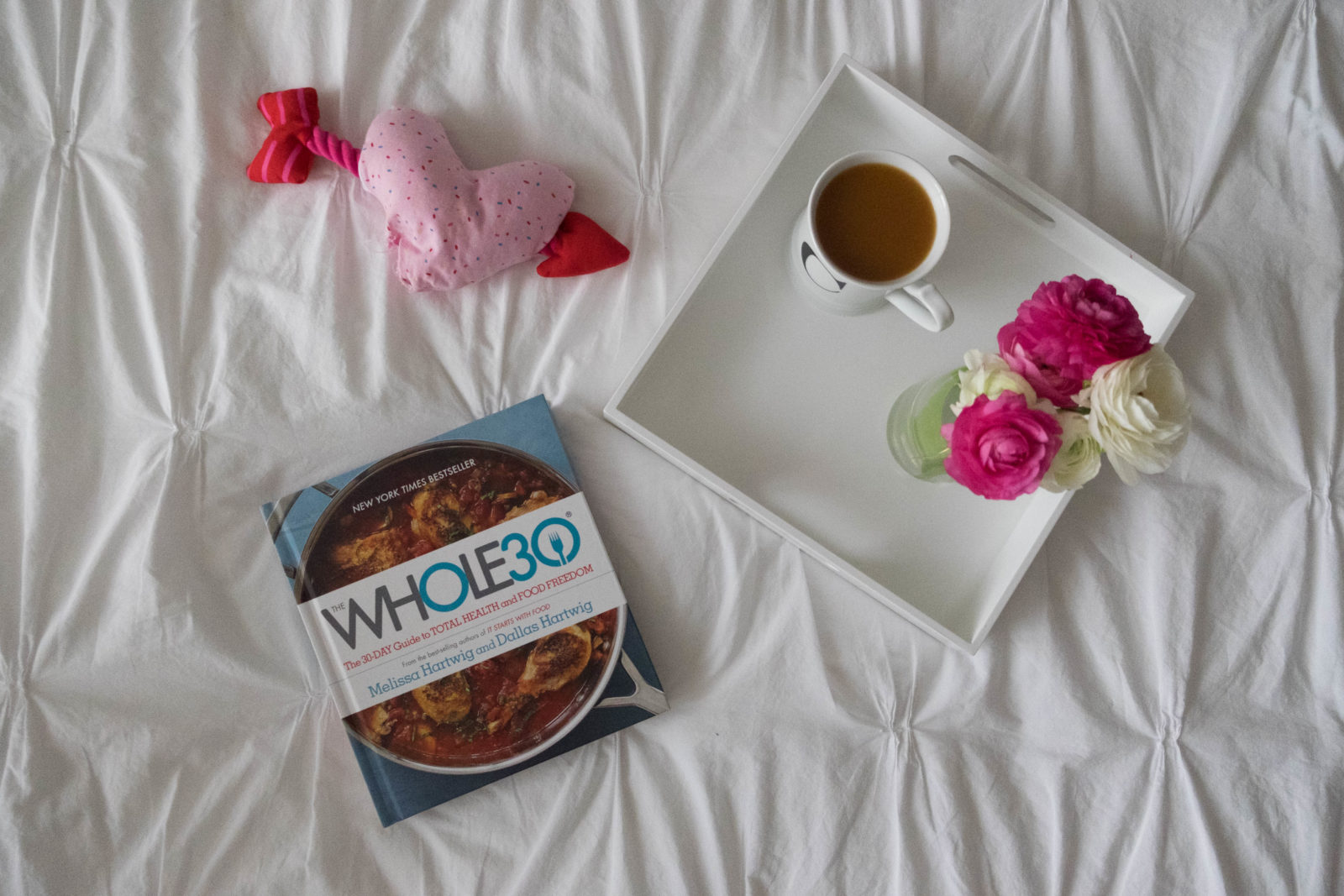 You might remember a post I did in January, talking about turning 27 and making some changes. It’s this post here if you need a refresher or didn’t read it. Part of getting my life together this year was starting 27 with Whole30. Because nothing says I have my shit together like eating healthy.

The concept of Whole30 is that for 30 days you give up sugar, dairy, alcohol, legumes, and grains. Basically the paleo diet; you’re really only eating fruits, vegetables, and meat. Just to be clear, that’s no candy, no queso, no wine, no soy milk, and no bread. Basically the things that make life worth living. Or at least that’s how I felt when it started.

I had heard there were tons of benefits to doing Whole30. For me, the appeal of it was just getting into a healthier routine. For most of my adult life, I lived in hotels and ate at restaurants or airports 5 nights a week. So in the past year and a half it’s been a weird/hard transition to coming home every night from work and having to actually cook something. Who even has that kind of time?

I’m also someone who is terrible at grocery shopping. However, I am incredible at making only one trip from my car with my bags. We’re a no second trips kind of house. I know it sounds weird to be bad at grocery shopping, but I just am. I pretty quickly realized through doing Whole30 it’s because I don’t plan my meals properly.

Another thing I’ve been terrible about is really reading food labels. I mean I watch the documentaries on Netflix so I get that sugar is in everything and it’s hideous and killing us. But are those guys aware that it also makes everything actually taste seriously freaking delicious?

I started this endeavor by buying the Whole30 book. It explains a lot about why you should do this, what you’ll get from it, and the mentality behind it. That was really helpful for me to at least know why; it’s the auditor in me that questions everything.

I started Whole30 on a Monday of a long weekend. I wanted to give myself time to figure out the grocery shopping and meal planning aspect. For some reason I thought this was going to be really hard to do, probably because my grocery shopping consists of family size boxes of Cheez-its and coffee.

Taking an hour on Sunday mornings to find recipes for the week is probably the most life changing aspect of doing Whole30. I don’t think I realized how much time and money I was wasting by not just knowing what I’m going to eat for the week. Also do you know how much less stressful life is when you know exactly what you’re going to eat for every meal and snack for 7 days? I also only spend maybe 10 minutes in the grocery store now. 10 minutes!

Now I will say, I’m not a person who likes to meal prep for the whole week on Sundays. I just don’t find the idea of eating food that was cooked 5 days ago all that appetizing. I really just planned my meals so that what I made Sunday night would be lunch on Monday and possibly Tuesday. This way I only had to cook 4-5 nights a week. I mainly stuck to recipes from the Whole30 book since they were pretty easy and all of them were actually delicious.

Throughout the 30 days, I didn’t have any major cravings. It was kind of hard to get used to coffee with only coconut milk in it and no sugar, but I got used to it and now love it. I could definitely tell that when I started to get stressed out about something, I would immediately feel like I wanted queso or a cupcake. I get it, I’m a stress eater. That isn’t news Whole30. It was more of a mental hurdle to talk myself off the ledge of associating stress and delicious, terrible food.

They say days 1-3 are like a hangover because you’re getting the sugar out of your system. I never really had that feeling. And days 4-5 they call the “kill all the things” days. Days 4 and 5 weren’t like that for me. Days 11-14 were however like that for me. I was an unbearable nightmare. It was a pretty stressful work week and I was already feeling super emotional all week. I actually told someone I would punch them in the face if they didn’t get away from me.

There were definitely moments of weakness throughout the 30 days. Like 4 days in when my parents sent me Magnolia Bakery cupcakes for my birthday. That was the equivalent of being waterboarded. On Day 8 I walked into the cafeteria of my office building to an overwhelming smell of syrup and waffles and audibly moaned. I really love syrup and waffles.

Throughout the 30 days, I felt like I spent a lot of time thinking about food, cooking food, talking about food, and when I wasn’t doing that, I was doing dishes. It was a big adjustment as someone who only eats at home 50% of the time.

I also don’t recommend telling anyone besides your closest friends you’re doing Whole30. It’s so weird, but you know, everyone has an opinion. I mean people feel pretty strongly about what an idiot you are for cutting out so many delicious things from your diet. Like I get it random man at the salon who let me know I’m a ‘ridiculously basic girl’ for going on a diet, but frankly I didn’t ask you so stop eavesdropping and go drown in a vat of margarine oh and your long beard and short hair makes you look like you wear other people.

Since yesterday was Day 30 for me, I’ve noticed a big difference in myself from when I started. My skin is a lot clearer, as in I don’t need to wear much makeup at all. I just feel generally better. I’ve always had heartburn from practically everything I eat and my stomach just always feels generally terrible. My stomach feels so much better, I don’t feel gross and bloated anymore. I’ve been sleeping a full 8 hours a night. I have tons of energy. I don’t get that 2 PM exhaustion I used to get. Overall I lost 12 lbs when I weighed myself on day 30.

I’m definitely a huge fan of Whole30 and don’t really look at it as a temporary diet. It is a pretty sustainable diet and the book recommends slowly reintroducing different foods back into your diet to figure out what makes you feel terrible. It was actually really helpful for me because throughout Whole30 I found out I have an intolerance to bananas, avocados, and a few other fruits. This was after a great evening of eating some Whole30 guacamole and immediately getting such severe stomach cramps I was literally thisclose to going to the hospital. Which is kind of the point of Whole30, to cleanse your system so you can figure out what makes you feel good and what doesn’t.

Overall I feel like Whole30 was great for my body, for my mind, and my budget. It’s made me more mindful of what I’m eating, why I’m eating, and how I’m spending my money on food. I definitely recommend it if you’re feeling like you need a fresh start to get into eating healthier. It was a great start to the new year and to starting 27 off on a healthier path. 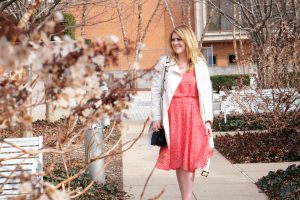 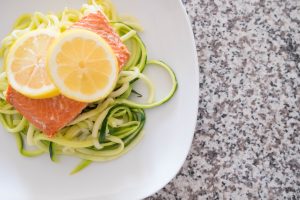