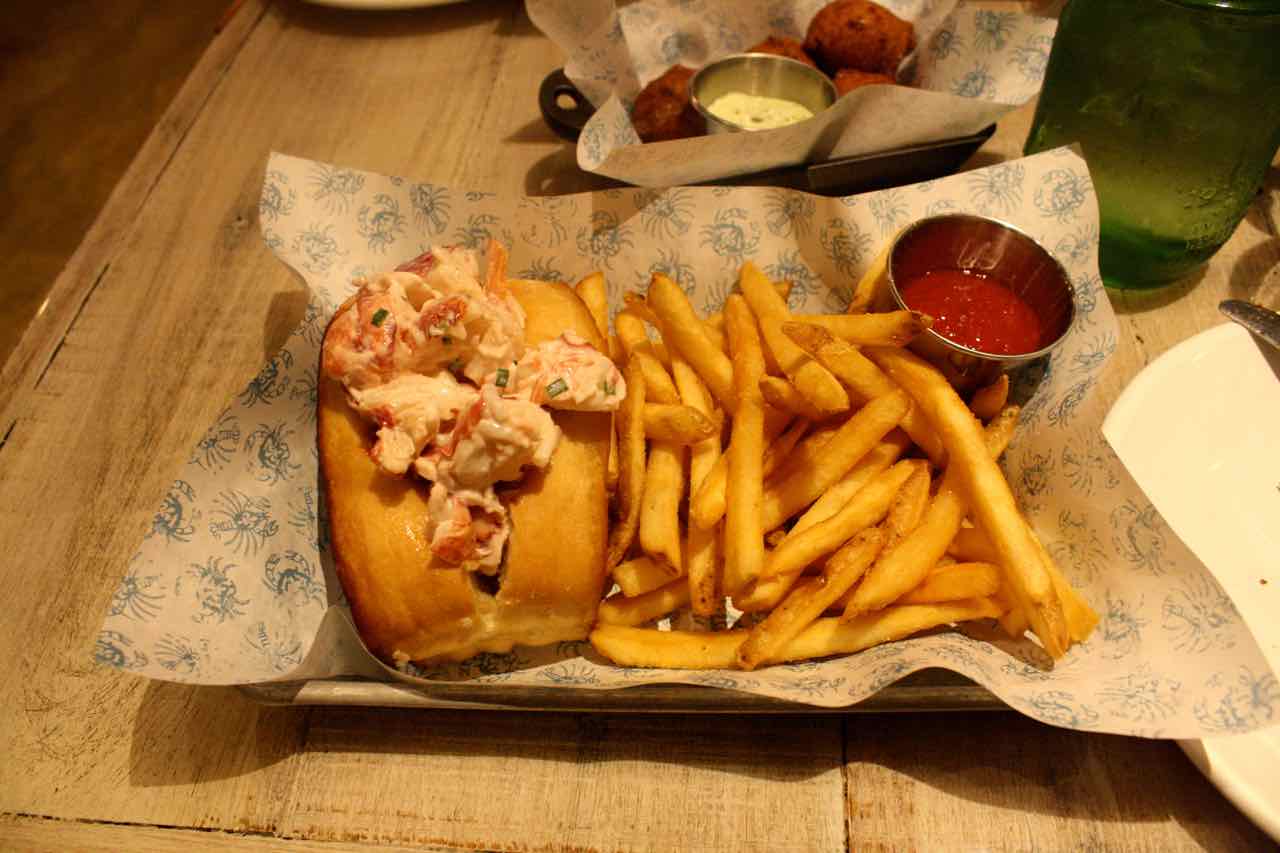 Earlier this week, I met up with my good friend Emily, who I haven’t got to see much since I came back to St. Louis which is just unacceptable. We decided to meet up at Peacemaker Lobster & Crab Co, because I hadn’t been there yet and had been absolutely dying to go. So on a freezing cold night, I headed to Benton Park to get my fix of lobsters and girl talk. 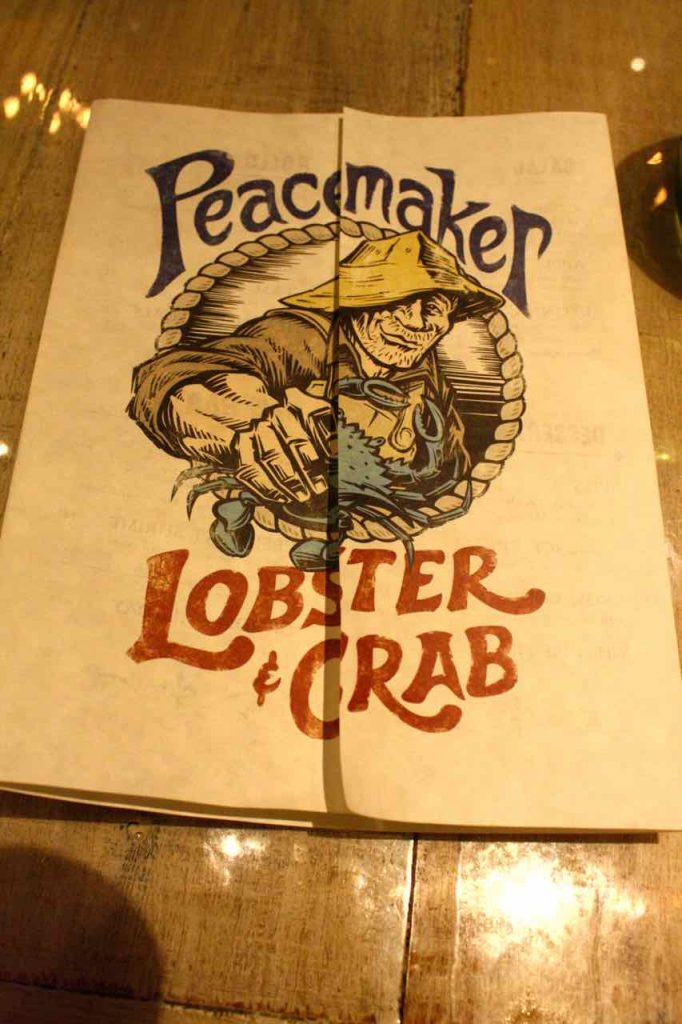 We decided to start off the evening with a few cocktails and immediately were drawn to the slushes on the menu. We ordered the Dark & Stormy Slush and the Bourbon Punch Slush. I don’t know about you, but I’m a sucker for a frozen drink regardless of the 0 degree temperature outside. If you only get one drink while there, get one of these. I don’t even like bourbon all that much and would go back specifically for this drink. 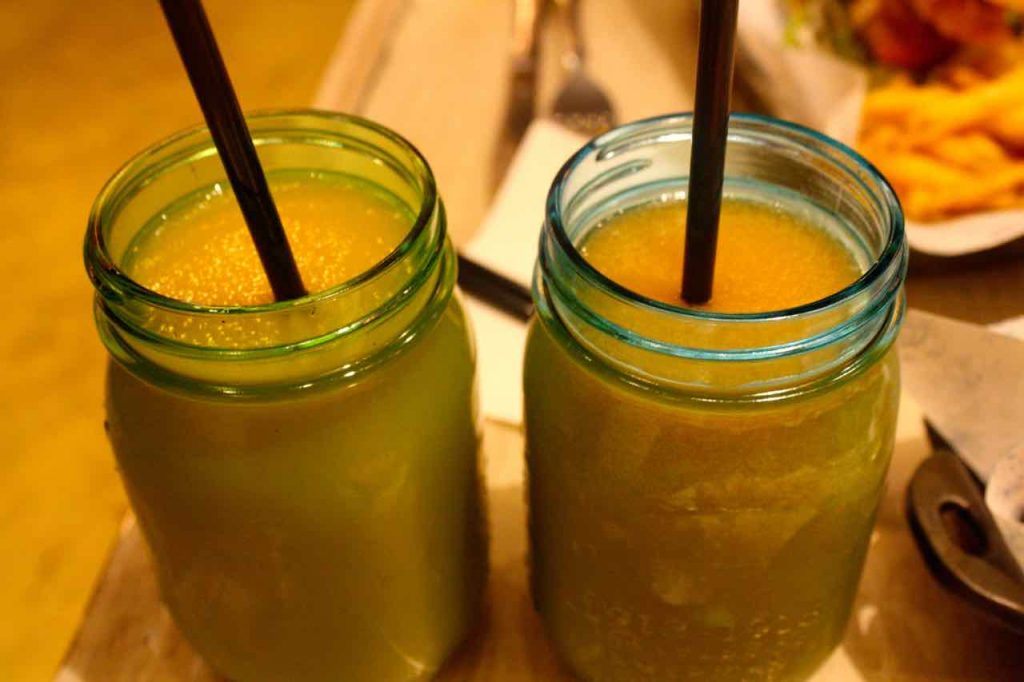 While we sipped our very adult slushes, we got to chat about what’s been going on in our lives over the last year or so. Last year, Emily launched her fabulous event planning company, Eminence Events and I was dying to hear all about it. She does a variety of event planning, primarily weddings, but also engagements and non-profit events. She’s a crazy busy girl right now with the success of her company. I was happy to snatch up some of her time to hear about all the exciting things she has in the works for Eminence, on which she swore me to secrecy for now… 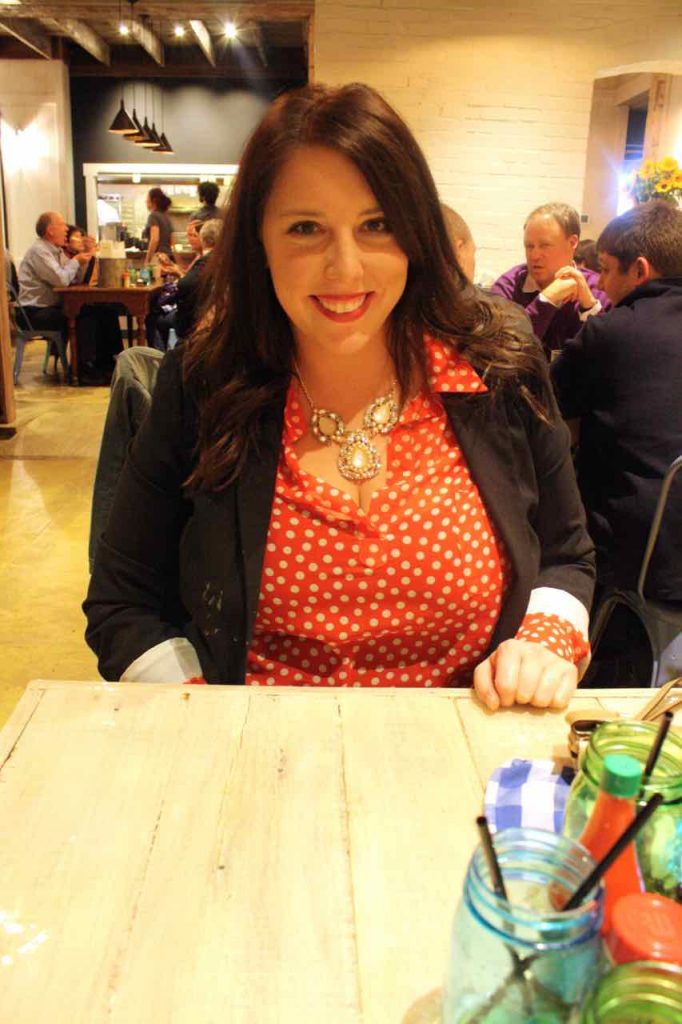 While we were in the middle of our girly talk and nerding out about websites and traffic and social media, our appetizers arrived. Because my love affair with food has no boundaries, I wanted to order everything on the menu. So we settled for two small starters to get us prepared for the main course. We tried the corn dog and an order of the hush puppies. 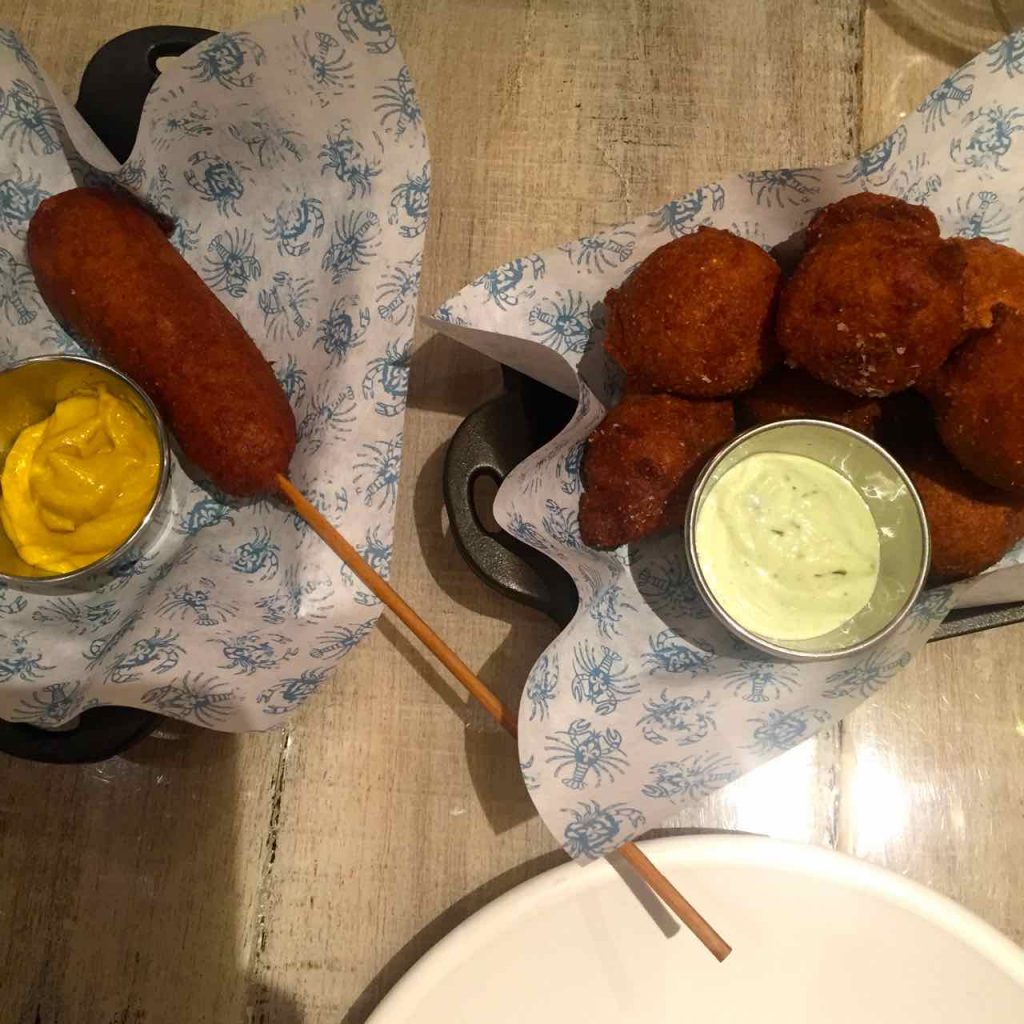 Now, here’s the thing about corn dogs, if they are on the menu, I’m ordering them. Peacemaker doesn’t have just a regular corn dog either. It’s this fancy hot dog that I’m guessing they make themselves, I cannot confirm this, but it definitely wasn’t store bought. The breading was fantastic, and lots of it, which is obviously a must for corn dogs. 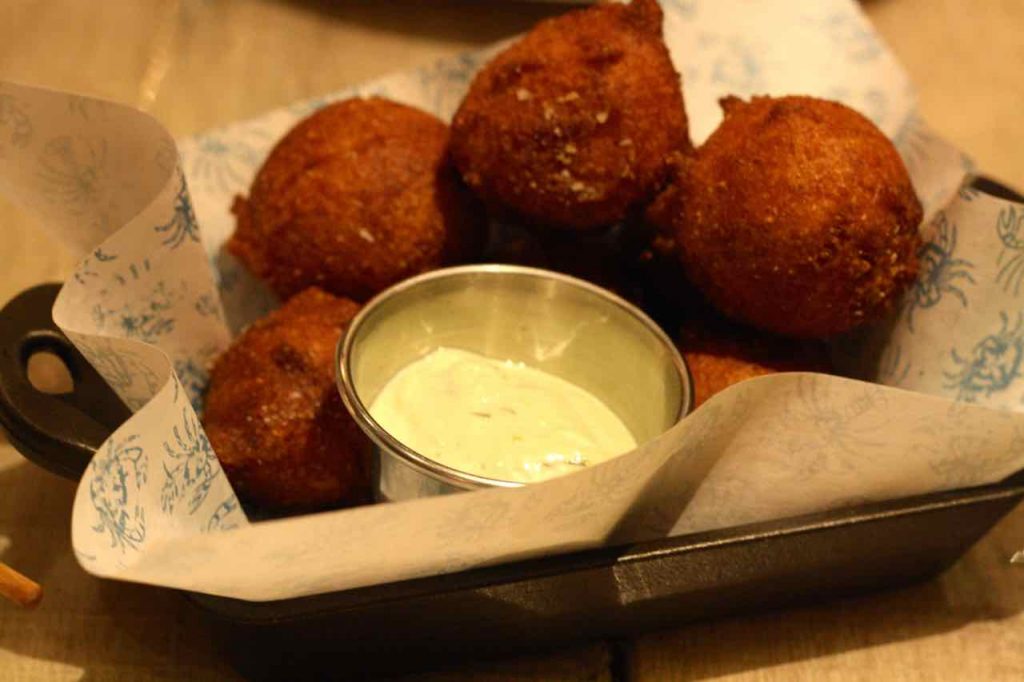 Let me set a few things straight about hush puppies before I begin. As a world champion crab leg eater, I’ve had my fair share of hush puppies. At this point it takes a lot to impress me on the hush puppy front. Peacemaker was like no problem, here you go. These were some killer hush puppies; not spicy, just straight up delicious and fried and served with an aioli that was fantastic. 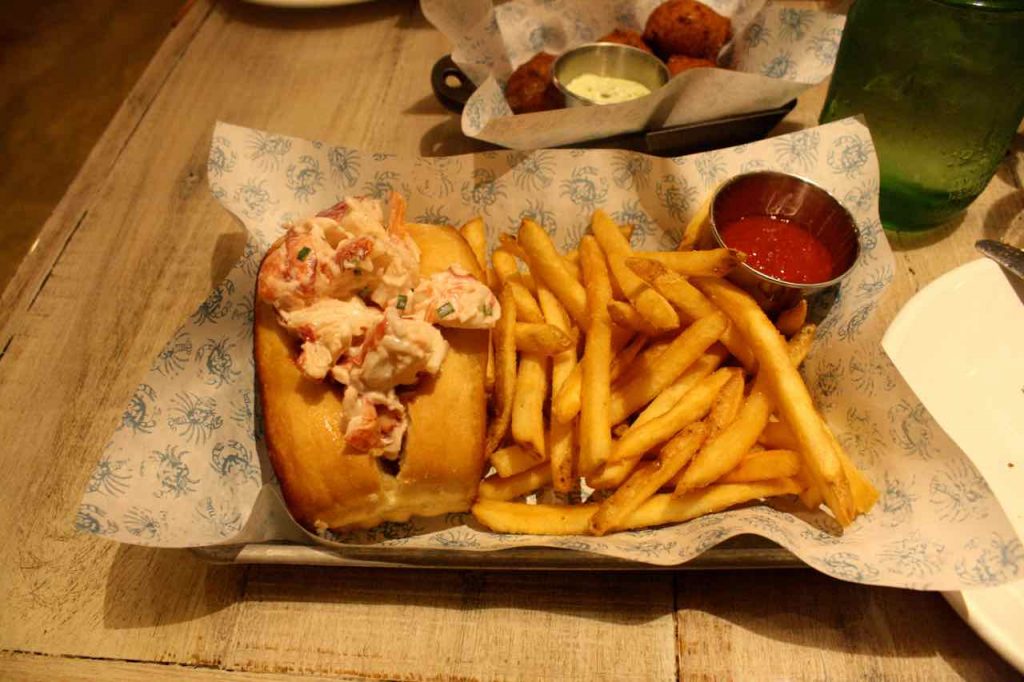 For my main course, I went with the classic Lobster Roll. At Peacemaker, you can get it Connecticut or Main style. Connecticut style is served warm with butter and Main style is served cold with mayo. Obviously, I went with Maine style because it’s the only style for me. Look at all that lobster/mayo deliciousness. This was probably one of the best lobster rolls I’ve ever had and I’ve had my fair share throughout the years. The bread was extra buttery and toasted to perfection and the lobster was huge chunks and covered in mayo, but not overwhelming with the mayo. I was also a huge fan of the fries. For me, fries are life. If I’m at a restaurant and I declare I couldn’t live without a main dish, but the fries are garbage I will never go back. Fries are it for me, they’re my soulmate of food. Peacemaker’s fries are totally perfect and delicious. 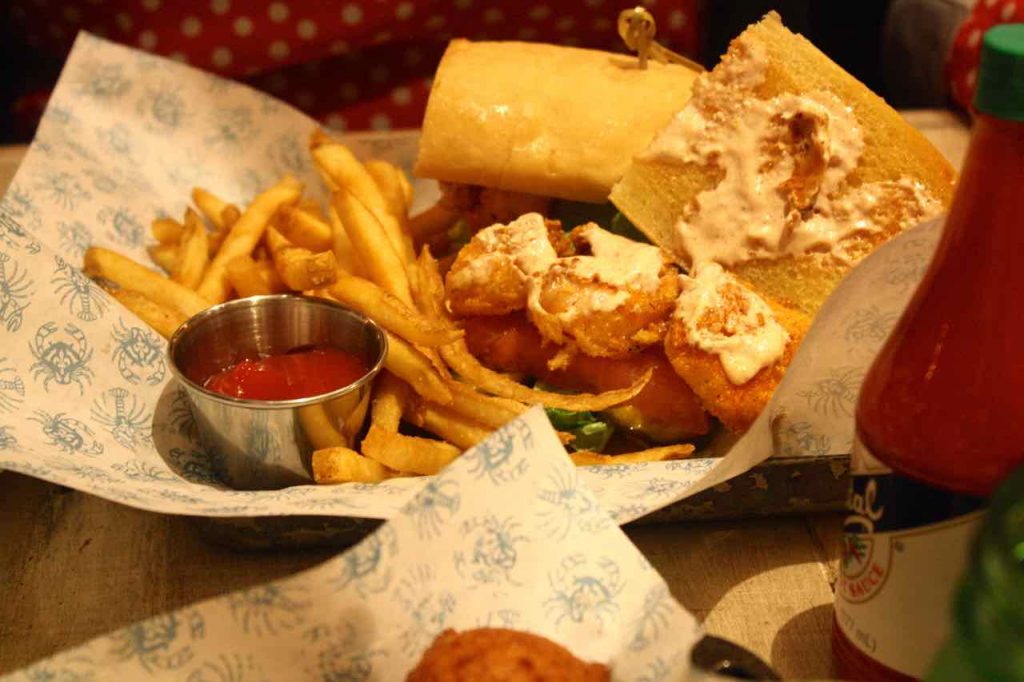 Emily went with the Shrimp Poorboy which looked absolutely fantastic. Emily also agreed with me on the fries, that they are delicious. We were busy chatting away while we ate so I didn’t get Emily’s final opinion on the sandwich, but she did say the pickles were out of this world. So if you’re a pickle person, listen to Emily, she’s a girl who knows what’s up. But seriously, look at those shrimps. Mmmm… 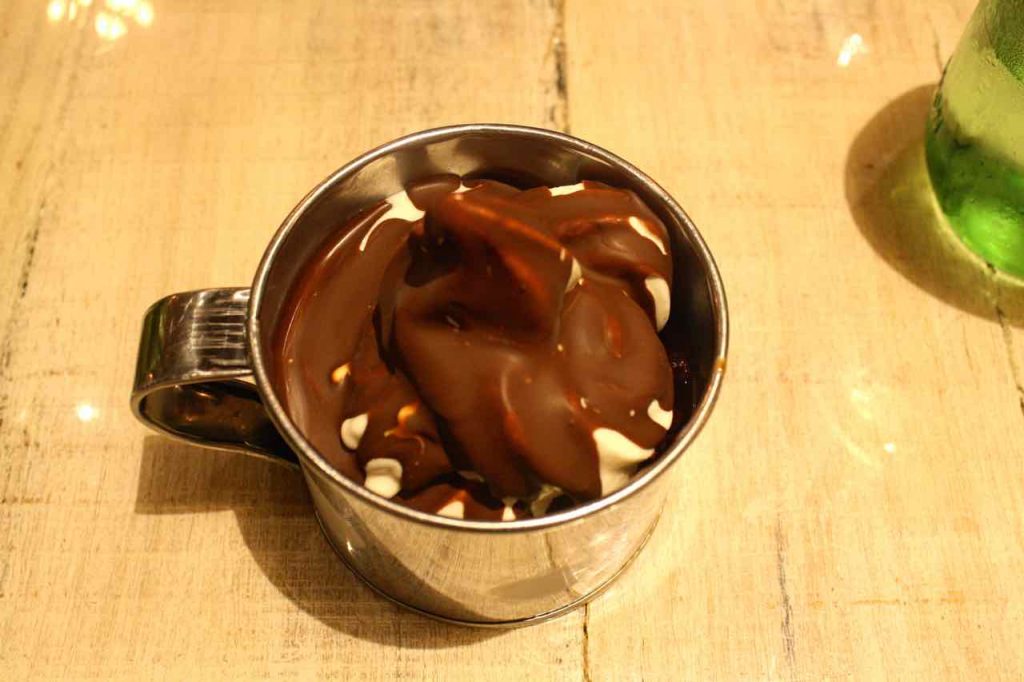 The dessert menu was small, but not disappointing by any means. They had pie, whoopie pies, and snow cones! I opted for the soft serve ice cream with housemade magic shell. I love magic shell. I don’t know what kind of wizardry goes into making this magic shell, but never stop, Peacemaker. So good. 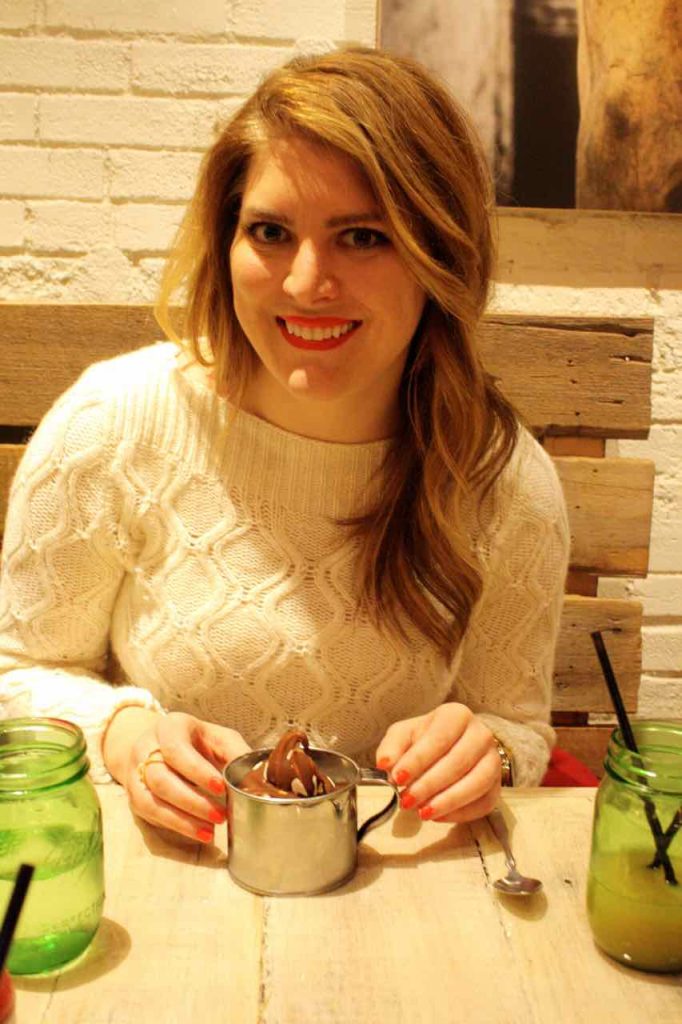 If you get the chance to try Peacemaker, get there as soon as you can. It’s an absolute jewel in Soulard and I want it to stay forever. Everyone working there was also incredibly nice which I feel like shouldn’t be shocking, but based on my experiences elsewhere lately, it feels like a rarity. Also, side note, they have valet parking, which if you don’t know before you go will make you want to kiss the valet when you get there and it’s freezing and you don’t want to walk. Don’t worry, I didn’t actually kiss him, I had just refreshed my lipstick. 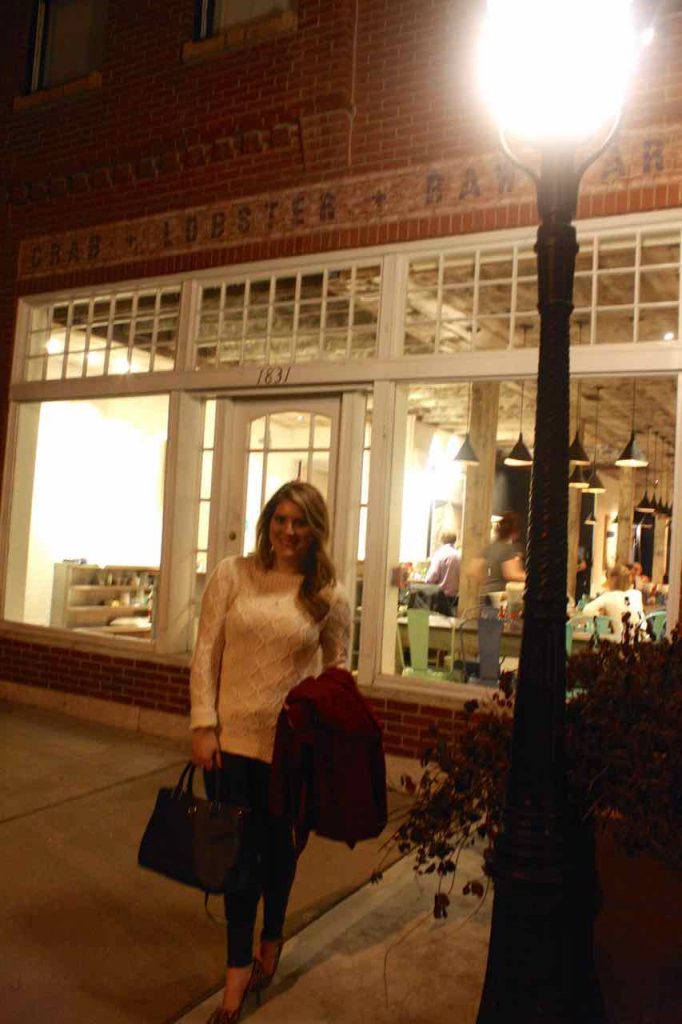 My last photo of the night came out a little blurry, similar to our vision after those bourbon filled slushes. 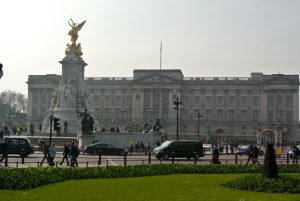 A Study in… London 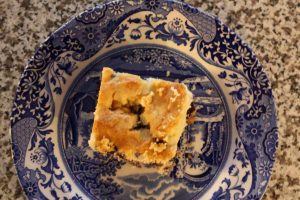